When Mark Nelsen of Channel 12 said “Snow!”, I was excited. It’s been a long time since we’ve had tons of snow…but I didn’t know exactly how much we’d be getting. Bambucha. That’s what we got! At this writing, we’ve been snowed in since Sunday (it’s now Friday).  People who live below us are getting in and out, and with studded tires and a different driveway, we would’ve gotten out, too. But 1: I don’t have studded tires on my car now (because I didn’t want to pay $39.00 to get them on in February and then another $39.00 to get them taken off a week later), and 2: We couldn’t have gotten down the driveway anyway.

And so it begins: Hail, snow, hail, and snow. February 18th.

It sure was pretty coming down.

First thing in the morning:

We’ve taken so many photos! 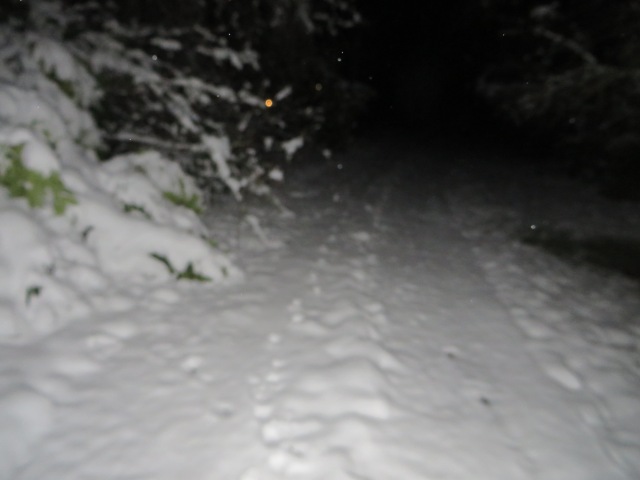 K’den… gonna quit for now so I can at least get a blog post up.