I had a couple of people say they really liked the maps I’ve been providing, so I thought I’d show where we’ve been so far. We’ve come so many miles that I can’t make it closer though. On this map, it doesn’t look very far! 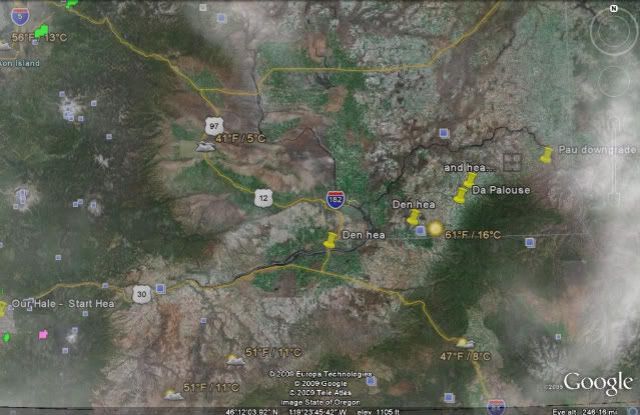 We’d passed the main part of the downgrade though we were still going downhill. We had no idea what was up ahead of us, and we were in for a wonderful surprise.

As I’ve said, I loved stopping at Historic Landmarks whenever we could. This next one had a sign, but rather than being right on the highway, this one had a short gravel road leading to it, and I had to brake quickly in order to avoid careening into it! Well, maybe had one small kine careen but not too bad. Imagine our delight when we came to this bridge! 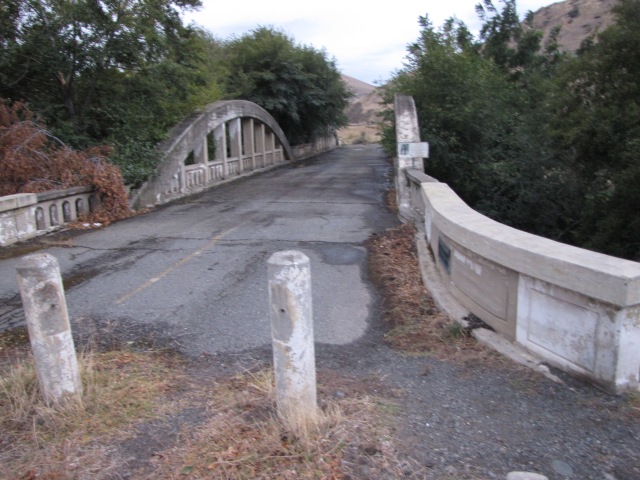 It’s called Chief Timothy Bridge, but I prefer to call him by his given name, Temuut’su, of the Nez Perce tribe.

Here’s where it is in relation to the downgrade: 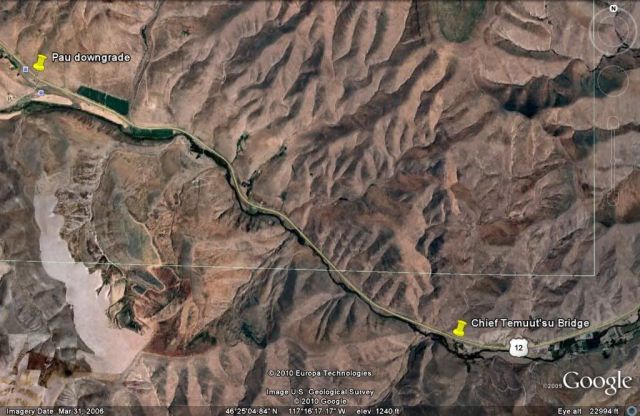 I just love reading stuff like this, knowing the kinds of things that happened long before highways dissected the land. I’m glad they had a photo of Temuut’su on the sign. 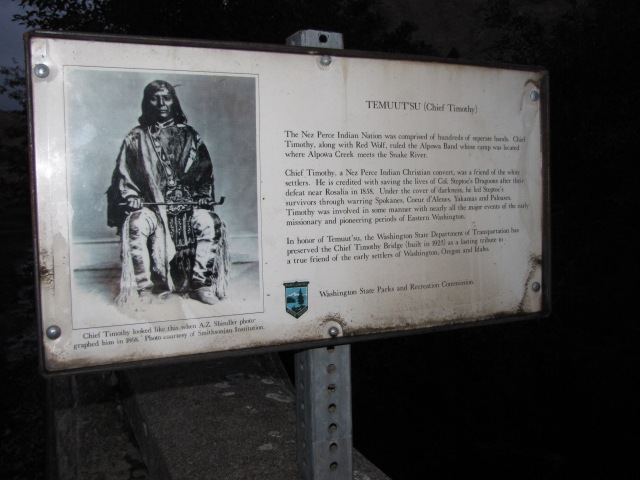 I snapped Nolemana’s photo as he walked on the bridge. 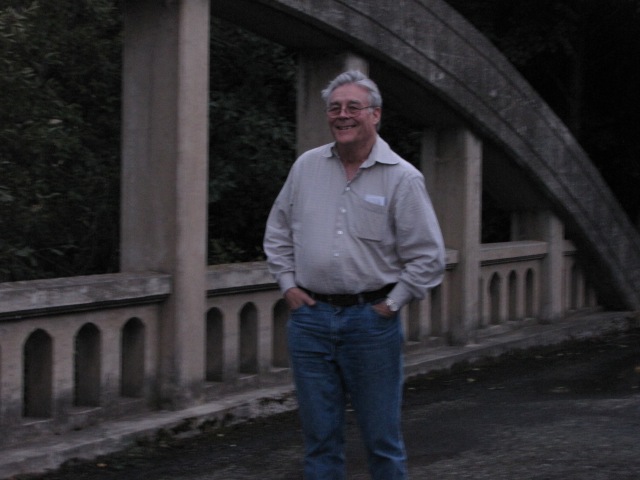 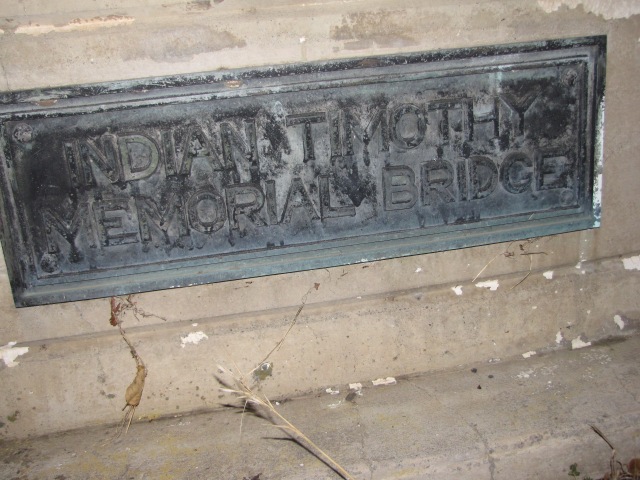 I loved this bridge! I would’ve liked to spend a lot more time here, but it was really getting dark. 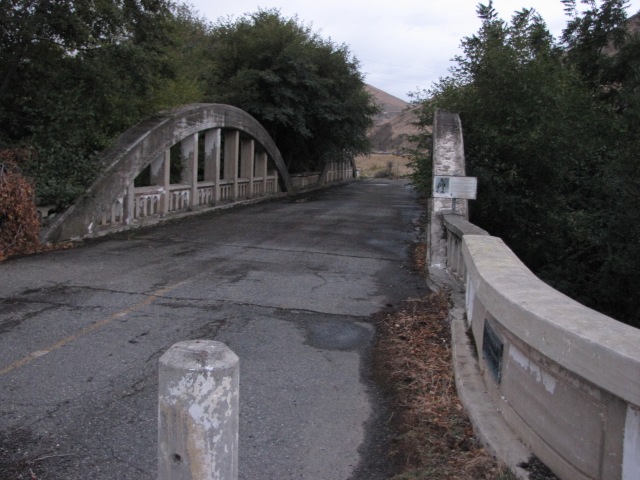 Back on the road again, we were travelling along the Wawawai River. Almost sounds Hawaiian, yeah?

Dark was coming fast; I was disappointed that we hadn’t been able to start our earlier because I knew that darkness would prevent us from seeing everything I’d hoped to see.

It was still light enough to be able to see… barely!

We were still driving along the river on Highway 12, the Inland Empire Highway.

But ho da dark now! This was about milepost 432.

At 6:38, we crossed another state line! And now we change to Mountain Time. 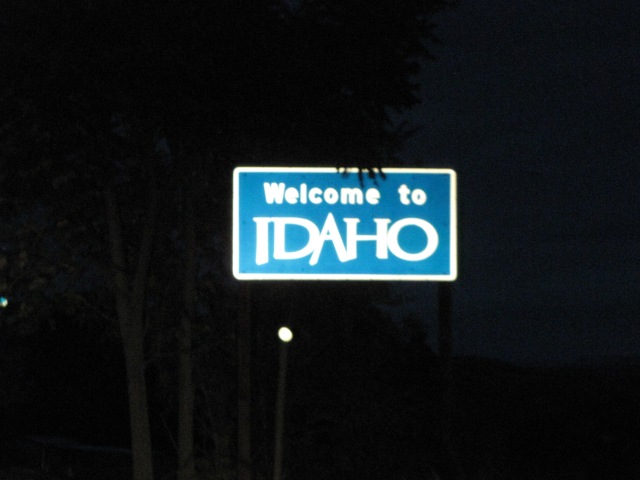 This is where we crossed. Makai is Clarkston (for William Clark) and Mauka is Lewiston (for Meriwether Lewis). Makai is Washington, and Mauka is Idaho. Maybe in the middle of the bridge it’s Clarlewston? Heh heh.

Driving up the hill from Lewiston, if it hadn’t been so dark, we would’ve been able to see this wonderful view.

K’den. Now we’re in Idaho! Felt kinda good to be in the state where we used to live. Any ideas where we go next? North? East? West? South?