Last December a child’s face on the Compassion International website captured my heart. I’d been thinking about sponsoring a child after my friend Sara told me what a rewarding experience it was for her. I looked over the hundreds of little faces staring out at me, but when I saw Liz Andreaʻs little face, I thought my heart would stop. I wanted to reach through my monitor and hug her right then and there. 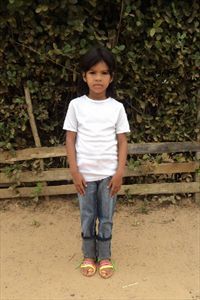 I talked over the sponsorship idea with Nolemana.  At this point we’re not sure if we’ll ever have moʻopuna, and as I wrote back in December, I thought that being able to help a little girl ʻway less fortunate than we are might help ease my grief.  He was agreeable, so I clicked on Liz Andreaʻs photo and said I wanted to sponsor her.

Since that time I’ve written letters to her, sent her stickers and photos, and prayed for her. My heart was happy when I would get her letters.  I also signed up to become a writing sponsor for two more girls, which means just that; they were being sponsored but never received letters (because there are some large corporations that are sponsors but not letter writers).

So first Jackelin entered my life. She’s 14 and lives with her mother. 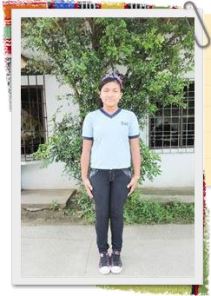 And next, so did Nereidy. She’s 15, and also helps around the house when she’s not in school. 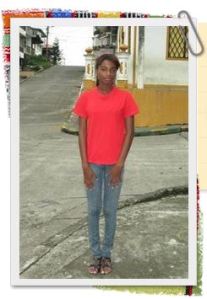 They are both delightful, and are able to write their own letters, which I just love.  They are full of questions about where I live and about my life, which I’m happy to answer.

But one evening last week I got a call from a very kind woman at Compassion saying that Liz Andrea was no longer in the program because her family had moved out of the area.  What?  I started to weep.  The woman on the line told me that Liz Andrea’s father had found work elsewhere (which was a good thing), but that it was unlikely that “my girl” would get the last letter I’d just mailed the week before.  I felt incredibly sad, thinking that I probably wouldn’t ever know what happened to her.

Then I remembered what Sara had told me; that it’s not unusual for this to happen, and to be prepared for it. I was happy for the work that had become available to Liz Andrea’s dad, but I still felt an aching in my heart. I wondered if in the nine months I’d sponsored her it had made any difference at all.

But then I looked at her “before” photo. At that little face that had so captured my heart. She looked scared and a bit unhappy.

And then I looked at her “after” photo and knew I had.  What a change!  And I thanked God for the opportunity I’d had to be part of her life. I may never know beyond the photos what kind of a difference my sponsorship had made in her young life, but that’s okay.  For nine months, it did. And I pray she will never forget that. 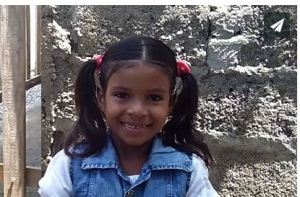 The nice wahine on the phone had asked if I’d like to sponsor another child, and of course, we did.

I began looking at more internet photos of available girls. My criteria for sponsoring was that I wanted them to be from Columbia because it’s a country where sexual trafficking is very high, and I wanted to do what I could to protect a child from that.  I also wanted to find a child who’d been waiting a long time for a sponsor. I sat at the computer and prayed that ke Akua would show me the girl for us.

Meet Hadry; she is five years old, and has asthma, and needed a sponsor to help provide medical care for her along with the other Compassion benefits.  Without Compassion’s help, medical treatment would not be available. 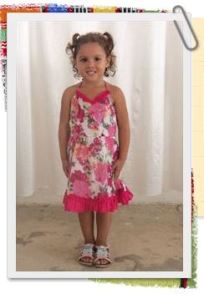 I kept looking at the faces, and then saw a photo of a young girl, nine years old, who’s been waiting for a sponsor for over 250 days. That’s a long time to wait. She also lives in Columbia. I talked to Nolemana about it, and he agreed that we could sponsor her as well.

This is Natalia.  She’s doing well in school and helps her mother around the house by cleaning and running errands.  I wish I could’ve seen her face when she was told she had a new sponsor. 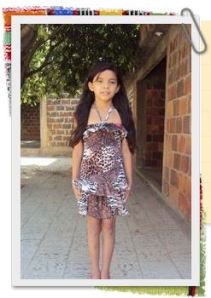 I just got Hadry’s and Natalia’s booklets today and will be writing them letters by the end of the week. It usually takes almost a month for a letter to get to the sponsored kids.

Our ʻohana is growing.  I pray that our contributions will benefit these girls in ways that I never could dream of. The poverty they live in is almost unimaginable, and I’ve been told that this can leads to feelings of hopeless and helplessness. I pray that we can make a real difference in the lives of these four girls, and I will never forget or stop praying for my sweet Liz Andrea, wherever she is.

This entry was posted in ʻOhana. Bookmark the permalink.